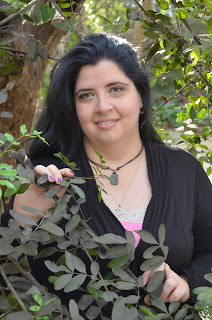 I was born and raised in sunny South Florida! From early childhood I know I was different. As I grew older I learned to manage my Intuition abilities. My mother, being a born-again Christian, greatly encouraged me to ignore all of my abilities and so for many years's I did just that.

It wasn’t until 2000 that my destiny revealed itself. One evening a good friend and experienced psychic offered to read my tarot. Taking her up on her offer she consulted the universe and imparted its message to me. It wanted her to tell me that I had ignored my abilities for too long and it was time I explored them more thoroughly. I began to read extensively about Intuition abilities and paths of spirituality. In doing so I discovered and began to practice Wicca. Soon after that I purchased my first set of runes. I quickly found that all of the sensations and things that I knew, I’d been picking up were easier for me to understand using these tools of divination.

I have now been a practicing Wiccan-Witch for over 10 years. Drawn to the art of divination the Runes (shortly followed by the Tarot) were my first tool of divination. During the last five years of my practice, I have taken my Tarot and Rune reading to a more professional level, thus evolving into a more determined and experienced psychic. I’ve improved considerably as professional by working for local metaphysical stores, setting up booths at local festivals and fairs, and delighting guests at private functions.