Beauty & the Beast: Fire at Sea (Beauty & the Beast Series #3)
Author: Nancy Holder
Release Date: May 31, 2016
Publisher: Titan Books
Genre: Crime Fiction, Science Fiction, Romance
Pages: 320
Amazon: Kindle Paperback
After years of fighting beasts and dodging bullets, detective Catherine Chandler and Dr. Vincent Keller are finally going on a well-deserved vacation/honeymoon. B
ut no matter where they go trouble seems to find them. When their hotel room gets broken into and their champagne gets drugged Catherine and Vincent realize that there is more to this cruise than they expected.
Someone is out to get them on their honeymoon, while this is all happening Catherine finds out that her sister Heather has been kidnapped. Vincent and Cat need to figure out if her sister's kidnapping is related to what's happening to them on the cruise and if so what do they want.

I want to preface that I loved the TV show that the book is based on. Watching the show really helped me through a very emotionally turbulent time in my life. So it has a very important place in my heart.  I guess when I was reading this series, I had really high expectations. For one I really wanted the author to truly develop the characters further than the TV show. But instead, the characters were like carbon copies of the TV characters.
They didn't have much soul they just went through the motions of what their TV counterparts would do in certain situations. So for the most part the dialogue was rather stale and basic. The characters of J T and Tess don't do much they're more support characters basically. One or two little silly things happen in their lives but that's about it. As a whole, they do have an important part in the story but individually as a couple not so much.
Though I will say that the plot was very interesting I was never bored. It was intriguing enough to keep me entertained but not so much to confuse me. I really enjoyed how creative she was with the fight scenes and also the technicality and the creativity with how to escape a sinking ship. You really felt like you were there in that particular crisis.
The only character that she truly brought to life and made more than just a carbon copy of her character on the show would be Heather, Catherine's baby sister. She was relatable and you really felt for her throughout the whole entire book. She did a phenomenal job in the second book as well on writing Heather. Tess does have some cool cop action trying to save Heather. And let's be honest when it comes to Tess and Catherine, Tess is the badass cop.
I will say that she does keep true to the characters from the TV show in the book. So Vincent does act like Vincent and Catherine does do things like Catherine. I just felt like she had an opportunity to give us more. I will say though that this is the only one that has ever done anything a little bit more risque when it comes to Vincent and Catherine making love. In the last couple pages of the book, you do get to hear Vincent's thoughts of how he feels about Catherine and how she changed his life. Which is very romantic and I just really loved it. All in all, I don't really blame the author much because I'm pretty sure that she had certain restrictions on what she could and could not write about.

I rate this book 3 out of 5 stars. So I'm giving it a 3-star because like I said previously the author concentrated more on the plot than character development. It is interesting but it's like missing the heart of a book, of a story.
Overall it's not a bad book if you're interested in crime drama with some action. If that's your thing then it's not a bad book and it's a good stand-alone if you don't want to read the first two books. If you're a fan of the TV show this is basically an episode. So if you want something to give you that reminiscent feel from when you watch the show this is not bad. 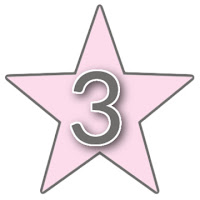 If you liked this post and would like to support future content, please consider leaving a small tip in the jar.
By Maria Isoldde mariaisoldde at January 01, 2022
Email ThisBlogThis!Share to TwitterShare to FacebookShare to Pinterest
Labels: Book Review, Crime Fiction, Romance, Science Fiction, shifter