Book Review: No Rest For The Wicked (Immortals After Dark #2) By Kresley Cole

Sebastian Wroth is a reluctant vampire who was changed against his will centuries ago. Since then he has been hiding from society thinking of himself as a monster. Until one day a beautiful ethereal creature comes to kill him.

Kaderin the Cold Hearted is a fearsome ancient Valkyrie Warrior. Who is charged with killing a mysterious vampire who when she meets him ignites her cold frozen heart after years of being dormant.

Together they go on the adventure of a Lifetime on "The High" an ancient Amazing Race held every 150 years by the ancient beautiful goddess of possibilities. Will they be able to survive and win in this ruthless game that not all players come out alive?

Can we please talk about how arrogant and self-righteous the Valkyries are? Because oh my God, it is something that I can't stand but it makes their character all the better at the same time. Throughout the whole entire book, Kaderin is ignorant of Sebastian's intelligence and wisdom, which really stops her from seeing the real him for a while.

Her attraction to Sebastian is little to non-existent and then all of a sudden she's madly in love with them. I really wish there was more of Nix's character in this book but beggars can't be choosers. The plot and setting of the book are well written with very good detail. You really feel immersed in the world and at times I felt like I was holding my breath to see what would happen. The plot never slow down or speed up it was a good steady stream.

Sebastian's background story is adorable you really want him to succeed in getting Kaderin to fall in love with him because of it. His character is not just strong and gorgeous but he's very smart which adds to his overall attractiveness. When both Sebastian and Kaderin you think it's going to be a cut and dry story but it's so nice.

Meeting him really changes her life and she's not sure if it is for the better or for the worse so she has to really figure it out before she can open herself up to him. And with every chapter, their story becomes more dangerous and you're not sure if this is helping my relationship or hurting their relationship. Which really keeps you guessing and how this is going to end up in a happily ever after.

I rate this book 4 out of 5 stars. I'm giving this book before rating because even though it's an awesome book well-written I just can't stand how valkyrie can be sometimes. Even though my favorite character in the book series happens to be a valkyrie didn't get annoying.

I really recommend this book if you want to read a paranormal romance that has a very in-depth and well-created world. A world where it's just as interesting as the main characters. Where the characters are relatable regardless of their species. Where the characters have amazing chemistry and steamy love scenes that are not too dirty but just dirty enough. 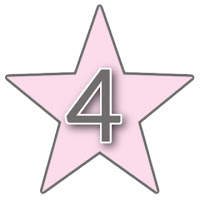