How To Tell If Your House Is Haunted

Can you imagine coming home or to your place of work and feeling as if you're being watched? Are sensing cold spots that move or strange smells that you don't know where they're coming from? Well if things like this are happening to you keep reading because it could answer some questions.
Earlier this month I wrote a blog post about how to set up your Samhain altar. The blog post was mostly about how to commune and honor your deceased loved one. The reason for this is because the veil between the living and the dead is very thin.
This means that spirit communication, ghosts, and hauntings are more prevalent during this time. In this blog post, I'm going to give you some tips so you can better differentiate whether what you are experiencing is Paranormal or just the wind.
Last but not least before we start if one thing is occurring typically I wouldn't say that it's a haunting but if a good chunk of all of these things is happening at once then you have something.

It's Not The Wind

When I was living with my ex-husband and his mom's house they had this old-looking rocking chair that would rock on its own with no one around it and no open windows no fan no air conditioner on. To say that it was creepy is an understatement.
That's what I mean by it's not the wind. The best thing to do in this situation is check if there is a window open, if the air conditioner is hitting said object or if the mere vibration of you being in the room or something within that nature is making it move.

Every time that I sit down to write this part, I think of the song Somebody's Watching Me by Rockwell. But when it comes to a place being haunted this is definitely something that can happen. The feeling or sensation of somebody staring at you or not being alone in a room.
Typically it's the sensation of somebody being behind you like having the hairs on the back of your neck stand. If this and other things are happening to you on this list then I would suggest getting some sort of cleansing. But if not then look at other avenues like gas leaks or Electric magnetic fields in your home or place of work.

Not Where You Left It

Now before we go all crazy and think that our house is haunted because we misplaced the remote, make sure that if you have children to ask them if they have taken the object. But it is widely known that Spirits have a tendency of taking objects and putting them in other places.
Usually, these objects were things that they used and were familiar with while they were living. So if this is a recurring issue in your house I would suggest making a list of what goes missing and where it reappears. If there is a pattern then you just might have something to worry about if not it's probably just you being forgetful.

I cannot stress this enough the history of a home is very important and can determine the overall energy. So if things are happening in your house that sounds or feels weird I would suggest looking up the history. Has anybody died, has any kind of tragedy occurred in the home?
Sometimes you might not find anything but that doesn't mean that nothing has ever happened. It just means nobody's ever documented it. So if you can't find anything like in the newspapers or obituaries Etc. I would suggest you speak to the previous owners.

Now if you were like me when I first heard the term floating voices I was like "what the heck". But the term basically means voices that have no source. They're not coming from a particular direction. I have heard floating voices and it is truly creepy. It can be very disorienting because you don't know where the voice is coming from. You don't know if the voice is coming from your head or if it's an actual sound.
But before you start believing that you have ghosts in your house make sure that you don't have mice in your attics or raccoons. Also, do you live with a wall that is connected to another living quarter? It can be that your next-door neighbor is just loud or has the TV on.

Now as a previous pet owner I know that cats and dogs and other pets have a tendency of causing a ruckus at times. Don't get me wrong, I love my little fur babies. Animals are known for sensing things that the human eye sometimes can't see.
If you believe that your house is haunted and you have a pet pay attention to their behavior. Are they barking or playing as if somebody is with them when they're actually alone? Do they refuse to go into a room that by all accounts is nothing for them to be afraid of? These are all behaviors of a pet that is noticing or sensing a spirit or entity in your home.

It's Cold Here and There

Spirits use energy to manifest themselves and any kind of act that they want to do. That being said that's why the room or an area of your house may be colder because that is the area that they are taking the energy from. And if you know anything about energy, it creates heat so they are sucking the energy or the heat out of a room.
But before you assess that this is the case please take into account the ventilation in your room and the fact that that room may have better insulation which holds the cold better. So make sure that you did all of this before you assume that it is a spirit that is taking energy from this particular area. Another type of cold spot is a cold spot that actually moves because it's the spirit actually moving in different parts of the house.

Have you ever been minding your own business and all of a sudden you see a shadowy figure in the corner of your eye? If so you're not the only one, I have had experiences like that throughout my life. The one that I can recall the most was being in a friend's house and going to the bathroom but the bathroom door had disappeared, it was covered in complete darkness. To say that I was a little creeped out was is an understatement. Later on, I found out that one of the previous owners, a little old lady had died right at the door to the bathroom.
Paranormal experts don't know what shadow people are but there are reports of this phenomenon throughout history in different cultures and different times. Some people think that they are the manifestation of negativity that has been leftover from years of not-so-nice people being around. But there's really no definitive answer to what they are.
So if you have an experience with a shadow person and you feel this negativity or the sense of unease know that that is very common. Make sure that if this does happen that it's not a trick of lighting or anything in that nature. But typically you'll know because of how it makes you feel. 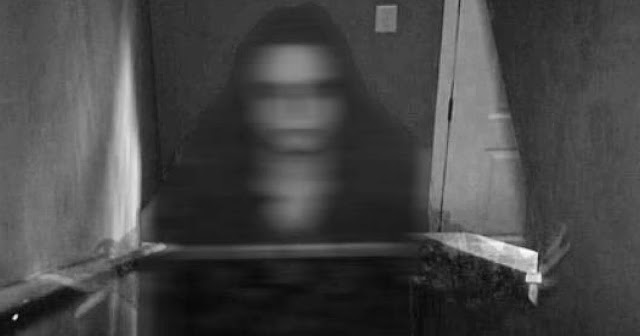 So those are eight things that you can look out for to find out if you're home or a place is haunted. But before you start calling Ghost Hunters remember to try to debunk everything that you're experiencing. Follow your gut instincts but also use common sense while doing this. Because in the end, it could just be the wind.
If you liked this post and would like to support future content, please consider leaving a small tip in the jar.
By Maria Isoldde mariaisoldde at October 23, 2021
Email ThisBlogThis!Share to TwitterShare to FacebookShare to Pinterest
Labels: ghost & hunting